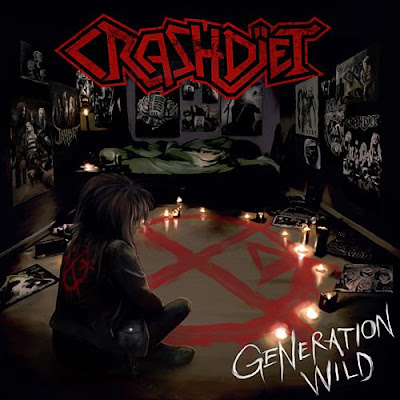 CRASHDIET was born in a new millennium where the rock n roll scene had almost died out. No looks, no tricks, no flash and balls and definitely a lack of big songs. Inspired by bands like SKID ROW, GUNS 'N ROSES, KISS and W.A.S.P, CRASHDIET brought back the big shows, the rough-edge sleaze anthems and the rawness of an unpredictable and dangerous band.

Discovered by Universal Music in 2004 after making a lot of noise down in the gutter of the Swedish underground, CRASHDIET became the first Sleaze Rock act to be signed directly to a major record company in over 10 years.

The debut album "Rest in Sleaze" entered the Swedish national album chart at position No. 12. The singles and videos like "Riot In Everyone", "It's A Miracle", and gold selling "Breakin The Chainz" were played frequently on radio and television. CRASHDIET embarked on a Swedish tour in the fall of 2005 to support the new album and they were on the verge of the big breakthrough when tragedy struck: on January 20th of 2006 singer Dave Lepard was found dead in his apartment after committing suicide. The surviving members were devastated and decided to break up the band shortly after. But on demand of the fans the three ex members decided to start up the band and put out ads for a singer. 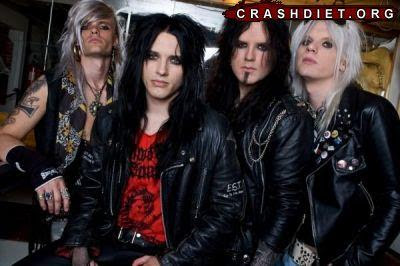 In December 2006 the band confirmed the rumours about the newly found singer Olliver. The band started to work on their second album "The Unattractive Revolution" that was released in October 2007. Tours followed throughout Europe the rest of the year and up until the summer of 2008. After that the band parted ways with Olliver. In June of 2009 CRASHDIET revealed Stockholm-based Simon Cruz as the new frontman of the band. This is said to me the most solid line up ever!

The third album "Generation Wild" has been produced by the hit maker producing team RamPac and mixed by Tobias Lindell (Mustasch, Sister Sin) and marks the start of the cooperation with Frontiers Records, who will handle the release in Europe, excluding Scandinavia.

"We are very happy about the new deal with Frontiers. They are definitely the best label for the glam/sleaze genre in the world", says bassist Peter London.