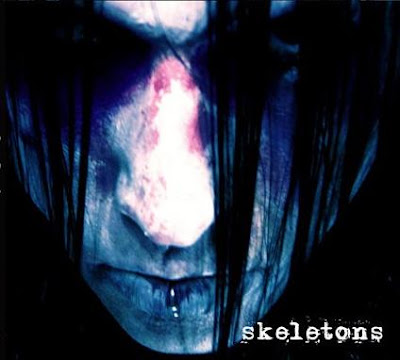 When I started actually writing the songs for this record, I would go into my little studio I have at my home and I would do demos of these songs and I wouldn’t even know what I’d wrote, I’d be so drunk by the time I was done. I’d get up the next day and listen to these demos and hear these songs and I had completed everything, the lyrics and everything. So I was just sort of writing out of my body, in a sense, because I didn’t even know what I had done ‘til the next day.

I don't know how I lived through it. It Look like Godyilla just took my car and smashed it into a ball. I somehow crawled out of it. That's why this record's creepy to me, because everything should have been destroyed in that car, including me, and it wasn't. It actually stayed ... it was right beside me in the passenger seat and did not move - the actual hard drive for the record - did not move. It was covered in glass. It didn't move at all.

Everyone has just kind of painted me into a corner where it’s just all ‘Oh, he’s a horror rock guy, all of his songs are about ‘Night Of The Living Dead’ and zombies. With this record I writing more about some personal stuff. I realized that a lot of the things that were going on in my life were still kind of spooky and dark and horror-related. So, I still think this record’s kind of scary but it’s more of a real life scary.