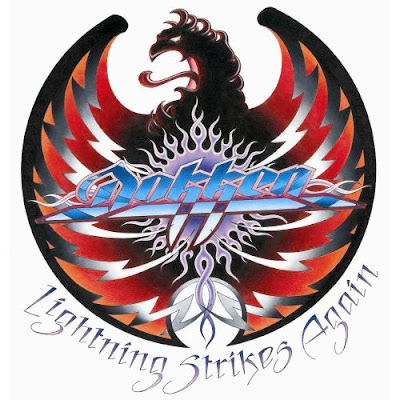 Then Shadowlife speaks for itself. I was not involved in that record at all. I was kicked out of the record, literally. I didn’t write any songs on that album. I hated the record and I hated being in the band. It was interesting, the Dokken logo was used on every record except that one.

I don’t know what happened. As a producer, I just got kind of lost; I didn’t know where I was going. It was too medium-tempo. What do you do? Jon came into the band and we didn’t really know where we were going. You hear Nickelback and Hinder and you get these new influences in your music but then it doesn’t really work.

The record was written like two years ago and I had about seven or eight songs but the record company didn’t like them. They thought they were too modern and Jon agreed and said we should do more old-school stuff so he rewrote the album and made it more classic with catchy guitar riffs and catchphrases. Then I had to rethink and try to go back twenty years and I understand. It’s difficult you know, you get older and you change. So, we basically wrote the album twice. I spent a year writing out then threw it out and started over and that took a couple months.

I wouldn’t want to be a guitar player in this band. It’s a hard shoe to fill and I can’t do it but the truth is that it’s kind of a joke to me now because whatever George once was, he’s not that anymore...

Here's the honest truth, I would never say never to it, but at this point it just doesn't seem like something that would make a lot of sense. I think Don is fairly happy right now because he's got the band to himself, you know what I mean? Why would you want other guys to come in and have to share it? It just wasn't a really pleasant working experience the last couple of years. Unless I thought it was going to be different I wouldn't want to do that. If we worked stuff out and if it could be a little different, then yeah, I could see it happening. It would have to be with George, it's the only way it could be.