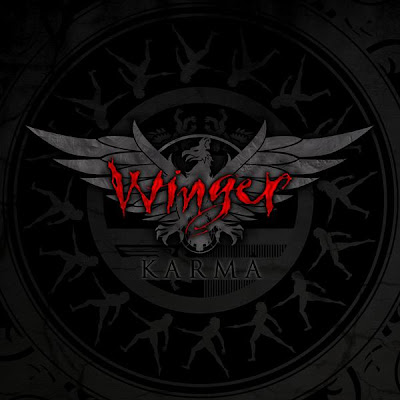 WINGER reunited after more than a decade in 2006 for the release of the successful come back album entitled “IV” a record that pushed forward the boundaries of WINGER classic sound to new heights. Dealing with the concept of the military life and what it was like to be a soldier, from a soldier’s perspective, leaving politics at the door. “After Winger IV we toured the United States, Europe, Australia and Japan during which made a live record” says Kip Winger. “When the chance came up to do a new Winger record, I envisioned a upbeat totally rocking record that was a cross between the 1st Winger album and Pull. So Reb and I sat down and wrote all the music in a month or so. I worked for 6 months to finish it in the classic Winger style”.

The result is an amazing new record where the four band members: Kip Winger (bass and vocals), Reb Beach (guitars now also in Whitesnake), Rod Morgenstein and John Roth shine with an incredible instrumental and vocal prowess at the service of superb Hard Rock songs but with an uncanny sense of melody. The title itself “Karma” represents Winger completing its full musical circle as Kip Winger explains “We were discussing the very interesting path the band has had and we have all been through so much together. So we went for “Karma” as this is a word that truly sums up the experience of being in the band”. 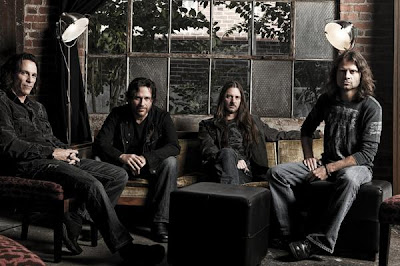 WINGER debut album in 1988 on Atlantic achieved platinum status in the United States, and gold in Japan and Canada sporting such hits as "Madalaine", "Seventeen" and "Headed For A Heartbreak". In 1990, the band was nominated for an American Music Award for "Best New Heavy Metal Band". Shortly after, WINGER released its second album "In the Heart of the Young", which went platinum in the U.S. and gold in Japan. The album included WINGER's biggest hit "Miles Away", who topped at #12 of Billboard charts in the USA. Their third and last studio album, "Pull", was recorded in 1992/93 as a three-piece band, following the original keyboard / guitar player Paul Taylor's departure. Produced by Mike Shipley, on the following tour John Roth was called in to replace Paul Taylor.

“Usually Winger fans don’t "expect" anything because they know we do what we feel like doing artistically” explains Kip. “It is not a commercially driven band. I can say that the songs are very upbeat”. Reb Beach adds: “It's a very up-tempo riff driven rocking record. It has the elements of vintage Winger from ‘89 but has the blood, sweat and tears of years 20 years of writing, recording and touring!”

“Karma” will be released with the first pressing in limited digipak edition and includes the following songs: Deal With The Devil; Stone Cold Killer; Big World Away; Come A Little Closer; Pull Me Under; Supernova; Always Within Me; Feeding Frenzy; After All This Time; Witness; First Ending (Bonus Track). Also included there will be an Electronic Press Kit, with footage filmed in the studio during the recording sessions, that is playable on all computers as an interactive bonus. (www.myspace.com/wingertheband)