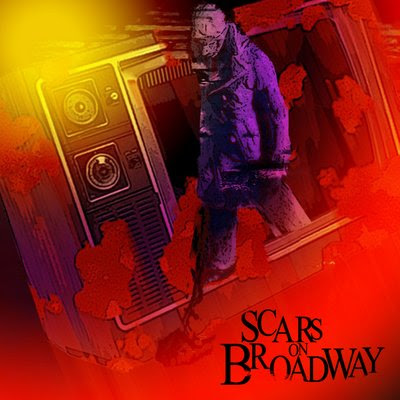 In Glendale, where I live, there’s a street called Broadway. The bottoms of the light posts have swastikas on them. They were made that way [in the Twenties]; It’s not like skinheads carved them in or anything like that. The symbols aren’t tilted, like Nazi swastikas are but it’s obvious what they are. And I always thought it was a trip, like, “What’s up with that?” There was always something a little mysterious about it. So one day I was talking to my friend - we were on our way to a hockey game - and he said something about, “Yeah, those swastikas on Broadway.” And I said, “Wait I second…” I didn’t think I wanted to call the band Swastikas on Broadway, but Scars on Broadway came to me right after that, because of the light posts.

Scars On Broadway & System Of A Down

I’ve tried at times to get away from the System sound with this record. But I didn’t want to completely get away, because that’s part of me. And I don’t think I can. But I’m definitely more into the rock vibe right now, much more than I’m into metal. [...] This is just where I’ve evolved as a writer. Since it’s a new band, it’s made me feel even more free to go in different directions. But I think that even if this were going to be a System of a Down album, these songs would be my contribution. Whatever I write has to evolve around my taste in music at that moment, because that always changes. [...] I’ve been listening to the Nuggets boxes and a lot of weird Japanese psych. A lot of that stuff came out in what I did with System, but since there is less metal in Scars on Broadway, I think you can hear those influences more. [...] I’ve always been into Seventies punk, whether it’s the Dead Boys or the Damned. That’s my favorite kind of punk rock. I like Chrome; they go into these synthy types of moments, and it doesn’t really fit in the song! I like what they did a lot, but I also like Fleetwood Mac, I like Yes. I’m just all over the place. [...] I think my Sixties influence is bleeding through on this record.

The creative force and the drive and everything that goes on with the band is me and John, and we take this pretty seriously. [...] It’s the same, especially on the last System records, Mezmerize and Hypnotize. On those records, I played bass, guitar, some of the keyboards, and I did a lot of the vocals. Aside from Serj, everything you hear on those records is me and John. A lot of the vocals that you hear on System songs, whether they’re sung by me or not, were written by me. So you’ll hear those links. But at the same time, I didn’t want to repeat myself. This record is just where I was at the time I wrote it. I think I felt more free to go into the rock world with this project. Whenever I’m writing and I have Serj in mind, I can never picture him singing some of the more rock-oriented stuff. [...] It’s more about the attitude behind rock. I think he’s more eclectic, more experimental and complex. But when it comes to singing “Whole Lotta Rosie,” it’s just not him, you know? And I felt more free to be that, because that’s more me. Knowing that he wasn’t going to be singing these songs, it kind of put me in a direction that’s more suited to my voice, my mood and my character as a singer.

I’m excited for people to hear it. And I’m kinda nervous, too. But I believe in it; I believe in the songs. I believe that they keep up with anything else I’ve written in my life, and I feel really good about it. [...] This is not my side project - this is my band right now. I’m not doing anything with System, we don’t have any plans on doing anything with System, and I would expect another Scars album before another System album. 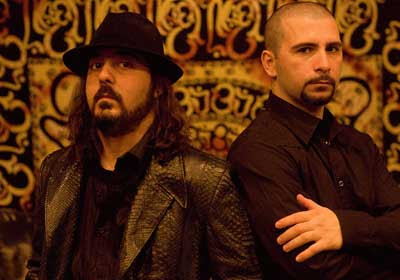